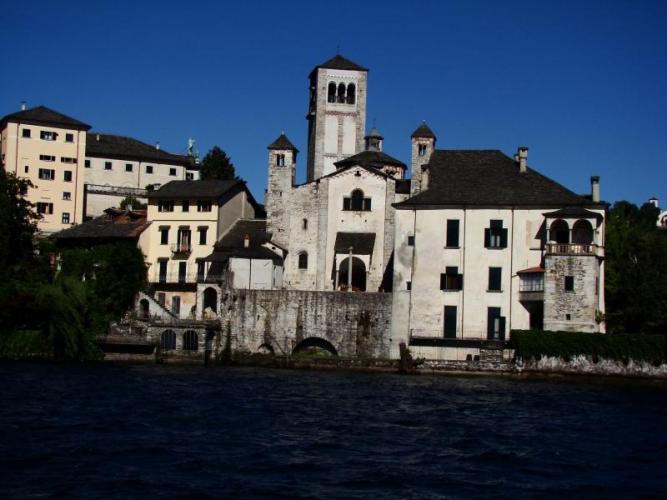 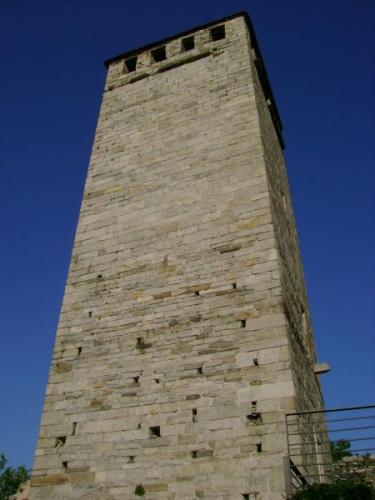 MAPS OF THE ITINERARY

Note: To view the attached GPS map, install Google Earth (on both phones and computers) or an application that can manage maps and GPS tracks.

Itinerary Description
This itinerary retraces the first part of the so-called "Journey of San Carlo", the long religious pilgrimage that starts from Arona and - via the Sacred Mountains of Orta, Varallo and Oropa - joins the Via Francigena. In the mid-sixteenth century, Cardinal Carlo Borromeo travelled this path more than once, which is the reason behind its name.
Specifically, this itinerary unites the lakes Verbano and Cusio (Maggiore and Orta), from Arona to Orta San Giulio, passing through the upper Vergante territory, through the green valleys of Vévera and Agogna. The slope on the Cusio side offers many devotional paths that ascend Monte Mesma to reach the convent and seventeenth century church. From the top of the hill, we can enjoy an impressive view of Lake Orta and, in particular, the majestic peaks of Monte Rosa.
On the way down, we pass through Lortallo, Legro and Orta, where the Sacro Monte complex dedicated to San Francis of Assisi was built.
The trip starts in Arona, near the colossus of San Carlo, more commonly known as "San Carlone". We go towards Dagnente and Meina, and after a certain distance on the road for Montrigiasco, we turn off in near the locality of Campagna and travel through the dense woodlands to reach the lakes of San Carlo.
The journey continues to the Church of Sant’Eufemia in Paruzzaro, and then on to Invorio, which is considered the "gate to Vergante" thanks to its central position between the lakes Cusio and Verbano. After leaving the town, we follow the provincial road that leads to the upper Vergante area and on dirt roads through dense vegetation we reach Monte Barro, where we can admire the ancient medieval village and small church dedicated to Santa Maria Annunziata (St. Mary of the Annunciation).
From here, we return by the same road and then go north, on a path with slight rises and drops on the east side of Mount Motto Alto. After this part, the trail turns into a mule path that descends towards the end of the river Agogna and reaches Ameno.
After crossing the bridge that connects Ameno to its hamlets beyond the Agogna River, the road continues to the small valley of the Membra Creek. We keep to the right bank of the Agogna until we reach the Special Natural Reserve of Monte Mesma, where the path becomes wilder, in close contact with the vegetation. Once on the provincial road from Bolzano Novarese, we continue along the devotional path that rises up toward the top of the hill, where there are many chapels. A series of turns brings the pilgrims to the tops of Monte Mesma, where we reach the convent and church, both seventeenth century architecture, run by Franciscan Friars.
From Monte Mesma, the path descends along the Via Crucis (Way of the Cross) that leads up to the provincial road of Bolzano Novarese and Miasino: after a short stretch of this road, we enter the path that leads to Lortallo, a hamlet in the Ameno municipality, and continues on to the meet the road that runs from Gozzano to Miasino.
We continue along the "pedestrian street of Prisciola", to reach Legro, a hamlet in the Municipality of Orta. Its impressive frescoed houses have caused it to become one of "Italy's painted villages".
After leaving this lovely village, the journey leads to Orta on a pedestrian path that passes underneath the railway. Upon arrival in the suggestive town of Orta, we go towards the Sacro Monte devotional complex dedicated to the life of St. Francis of Assisi.
The journey descends on a beautiful paved road towards Piazza Motta, from which boats are available to reach San Giulio Island and the Benedictine abbey Mater Ecclesiae.