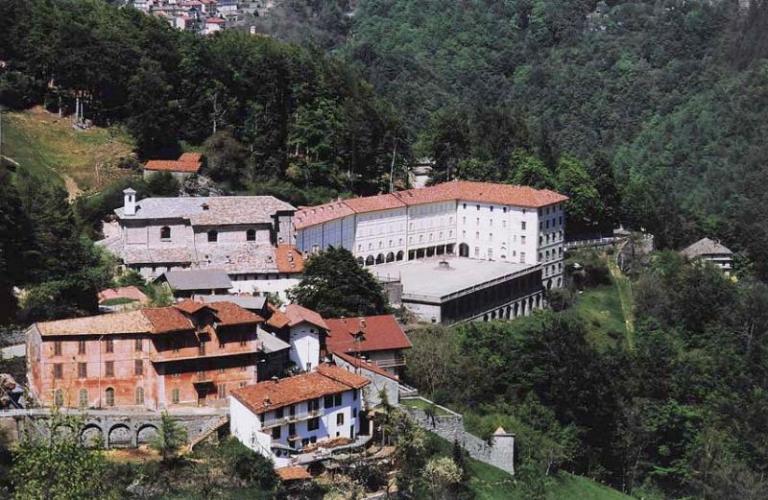 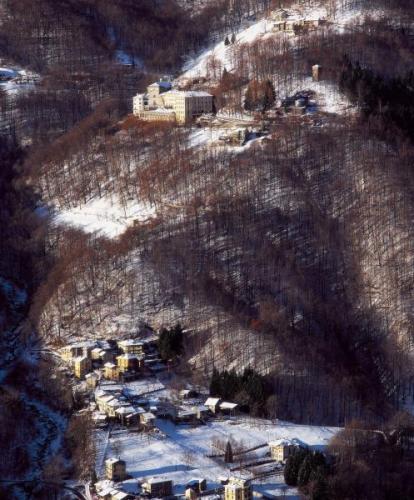 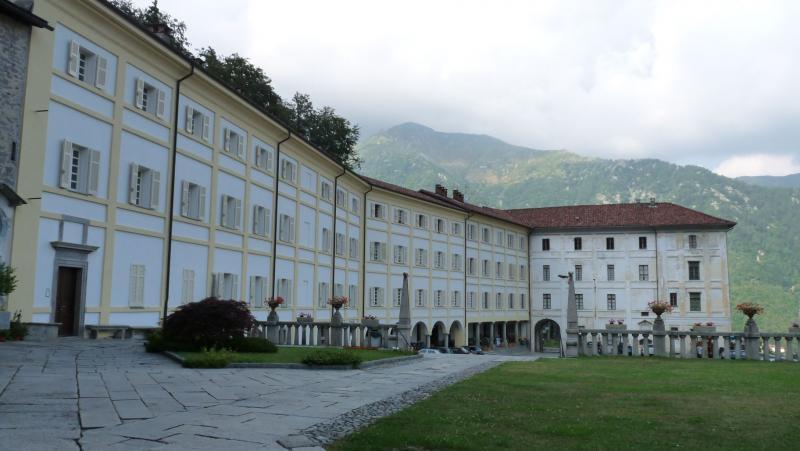 Not far from Campiglia Cervo, in particularly panoramic position, stands the Sanctuary of St. John the Baptist di Andorno, which can be reached on a picturesque road immersed in the greenery of the Valle del Cervo. This is the only shrine dedicated to San Giovanni in Piedmont, and one of the few in Italy. The oldest document that mentions it dates back to 1512, and refers to "balma", which is the grotto or cave where the wooden statue of the saint was found. However, the cult's origins are even more remote. Legend has it that the statue of the precursor had been moved several times by shepherds, even up to the high pastures, but each time on the next day, they would always find it back in the cave. For that reason, it was never moved again, which is why it is venerated there still. Construction started on the Sanctuary in the early 17th century and continued through the first decades of the 1900s. The church (built between 1602 and 1606 around the ancient shrine dedicated to the saint) presents an enlarged sacristy and the choir was modelled on a design by architect Bernardo Vittone and raised in 1742. It is the focal point of the entire complex. Later, a "burnel" was added (an octagonal fountain with a basin), a rectory and buildings for accommodating guests, and finally the current building. In the immediate vicinity, under the beech trees, the 19th century cemetery and the bell tower ("campanum") were built in different time periods on a ridge oriented in the direction of the valley to allow each town to hear when the bell tolls. The church has a single nave with four side chapels dedicated to the parents of John the Baptist and Jesus, covered with sail vaults and a dome painted by the Galliari brothers of Andorno. The most remarkable painting portrays the mystical marriage of St. Catherine, a work by painter Giovanni Antonio Cucchi, who was born in the nearby village of Gliondini and is a professor at the Accademia Ambrosiana in Milan. In 1625, the five chapels were built (originally there were six) constituting the Sacro Monte complex and dedicated to the holy hermits and penitents. They were arranged along the pedestrian walkway "Urtüsc" that leads from Campiglia Cervo to the sanctuary. Often, events linked to local traditions are organised here and the sanctuary now offers restaurants and accommodations. This destination is appreciated by hikers, and part of the long-distance hiking trail known as the Grande Traversata delle Alpi (GTA). It is also a stop on the Biellese Ippovia, with horse stables. During the summer, a paved road connects S. Giovanni d'Andorno to the Sanctuary of Oropa through the evocative tunnel dug through rock, built by philanthropist Federico Rosazza. In ten minutes, it can be reached on foot from the village of Santa Maria di Pediclosso, comprising the oldest oratory of the valley, of medieval origin. The church contains a exquisite painting attributable to Gaspare da Ponderano.
Info: WIKIPEDIA