Sanctuary of the Madonna della Neve 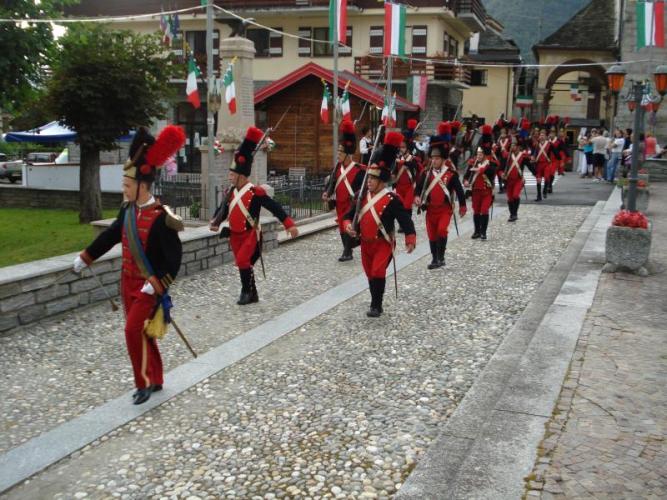 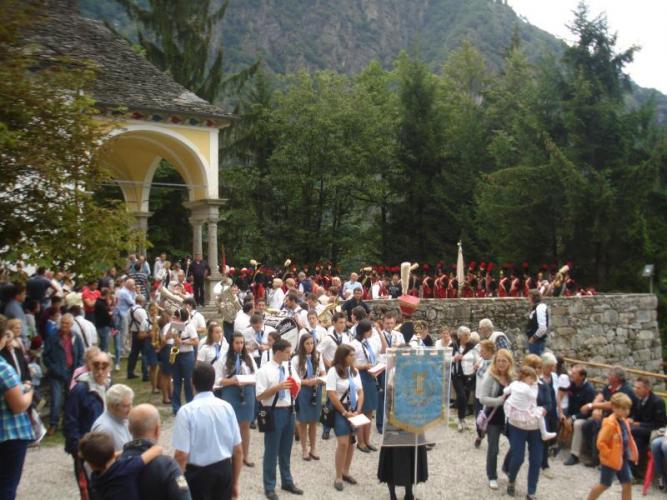 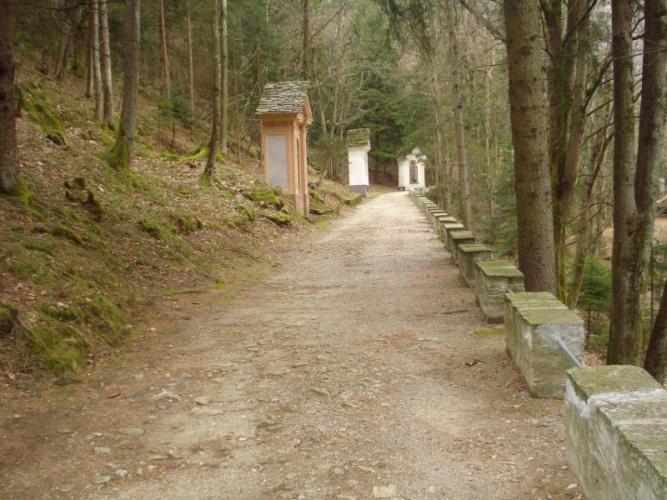 The Sanctuary of the Madonna della Neve stands on the remains of an ancient chapel located at the western margin of the Bannio plateau at a location that has always been called "place of frost" or "Gil" according to the local dialect. This is where it gets its name, "OUR LADY DU GIL" or "of the snows".
This chapel was similar to the many that are located along the mule tracks, and that offered travellers a moment of rest, an invitation to prayer and a useful shelter in case of bad weather.
In fact, this place was a mandatory point of passage for travellers and pilgrims who wanted to go from Pontegrande, Ciola (San Carlo) and the Anzasca Valley to the ancient Capitale Anzaschina or over the hills Egua, Baranca and Dorchetta to Val Sesia.
On 14 April 1613, the people of Bannio asked the Bishop of Novara if they could repair the dilapidated building in such a way as to be able to celebrate Mass. In a short time, all the permits were issued for the construction of the sanctuary, which was completed in 1622 and inaugurated on 5 August of that same year.
Veterans of the war of Monferrato who had recently returned to the village took part in the inauguration ceremony as honour guards. They constituted the MILITA OF THE LANDS, composed of select young men, volunteers, armed but without uniforms, who were very happy and proud to be the soldiers of the Virgin instead of Spanish soldiers fighting against Piemonte Sabaudo.
Seven years later, in 1629, while the plague devastated nearby valleys, the population of Bannio, trembling with fear, entrusted themselves to the Virgin and promised to keep the 5th August "VOTIVE FEAST" forever, if they were protected from the disease. Their vow is remembered by a painting in the sanctuary.
Through the years, the structural layout of the sanctuary has changed, and many gifts were received from Bannio emigrants who live in other parts of the world to decorate and embellish the sanctuary. Several votive offerings to express thanks to the Virgin Mary for graces by people in difficulty can also be seen.
In 1722, on the occasion of the Centennial of the inauguration, the Via Crucis with the Stations of the Cross was built along the boulevard from Bannio to the the Madonna della Neve. Paintings and frescoes in the sanctuary are the work of the Banniese painter Gerolamo Ferroni, and were restored by Giuseppe De Giorgis in recent times.
In 1922, on the occasion of the 3rd Centennial of the construction of the sanctuary or institution of the Militia, a monument to honour fallen soldiers was erected in the Piazza in Bannio.
Every year, preceded by a novena starting on 27 July, the the solemn feast of Our Lady of the Snow and the traditional Bannio Militia is held on 5 August and the first Sunday of the same month. This celebration attracts emigrants and faithful from all sorts of places, who are all linked by faith and devotion to the Blessed Virgin Mary of the Snows.

OPEN FOR MASS:
first Saturday of the month from March to October,
Mass time: 8:30am