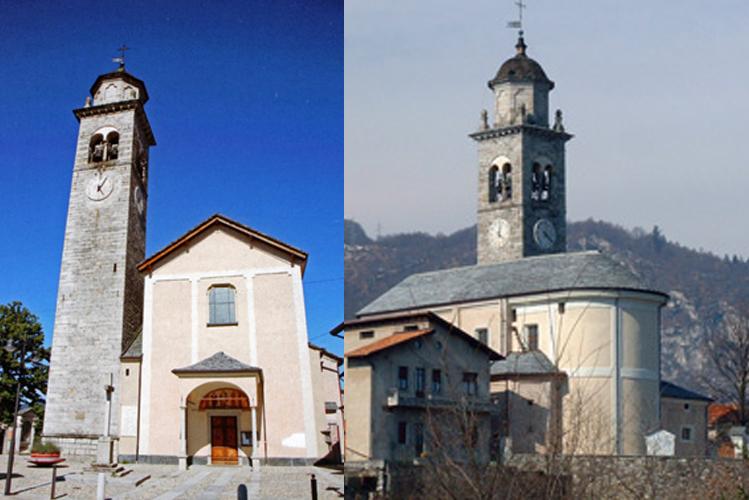 The parish church of San Maurizio was built in the Briallo locality in 1537. Devotion to the saint, however, dates back to the sixteenth century. According to legend, Maurizio, a Roman commander sent by the Emperor Maximilian to northern Italy to persecute Christians, and his companions refused to obey his orders and were sentenced to death around 286 AD. A first description of the church dates back to 1572, in which the structure appears in a single nave with three altars and a stone baptismal font. Actually, the church that we see now is the result of a reconstruction, the first phase of which dates back to 1760-1761 and focused on the façade and the chapels. Over the years, bishops would visit and the church underwent changes and additions to improve and beautify the sacred place. Many descriptions of many acts of visit were recorded in which the various works are cited. In the second half of the eighteenth century, two rows of benches were placed, one for men and one for women, and at the beginning of the 19th century, architectural decorations were completed in stucco with white and gold capitals and Rococo window frames. These decorative works embellished the interior of the Parish to give it a style in which Renaissance, Baroque, Rococo and nineteenth century elements are harmoniously present. This decorative and ornamental system has not been substantially altered by later works, which were undertaken primarily to maintain and restore architectural structures and existing works.
Info: WIKIPEDIA