The Chapel of Castelletto in Bannio 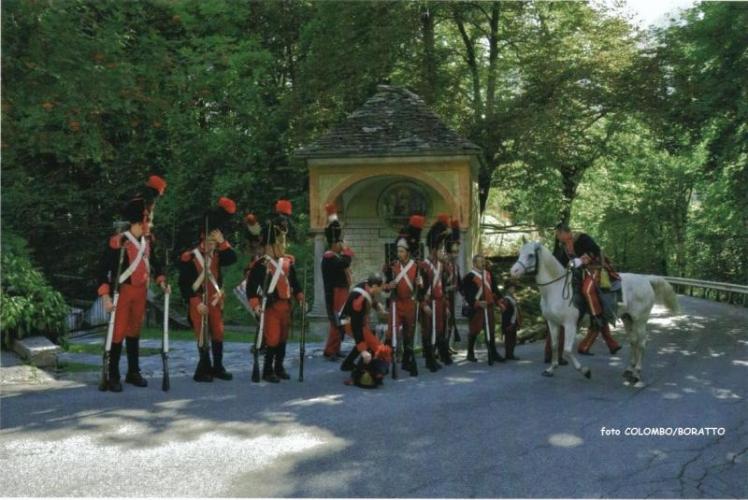 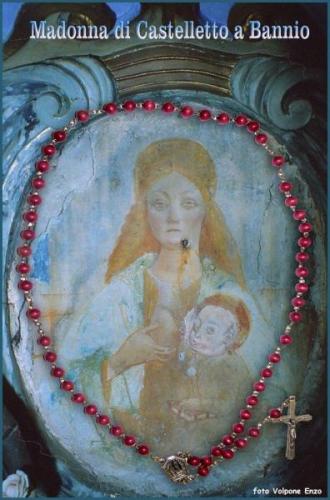 The Chapel of Castelletto is located at the eastern edge of the Bannio plateau.
This chapel was similar to the many that are located along the mule tracks, and that offered travellers a moment of rest, an invitation to prayer and a useful shelter in case of bad weather.
In fact, this place was a mandatory point of passage for travellers and pilgrims who wanted to go from Pontegrande and the Anzasca Valley to the ancient Capitale Anzaschina or over the hills Egua, Baranca and Dorchetta to Val Sesia.
It was erected in 1470 and restored several times.
Manuscripts and records demonstrate that on 6 April 1495 (therefore not even a year after the miracle that took place at Re), the fresco of the Madonna and Child was hit by a rifle projectile in the neck, which caused a miraculous effusion of blood.
Still today, the wound and blood stains are visible on that fresco, but unfortunately the blood-soaked cloths kept in parish archives were destroyed in a fire in 1716.
In 1848, the last changes were made with the addition of the portico.
This Chapel is adjacent to the paved road that runs from Pontegrande up to Bannio. The following inscription is placed on the south wall:
NOI TI DICIAMO "SALVE O AMICO" E TU DI UN "AVE" ALLA REGINA DEL CIELO (We'll say, "hello o friend" and you say a "Hail" to the Queen of Heaven)
It is customary for Banniese motorists to cross themselves when they pass in front of this plaque, as if they were putting their journey in the hands of Mary, or thanking her at their return.
On the morning of the first Sunday in August, the Second Company of Militia Tradizionale di Bannio is welcomed by the First Field Assistant and some officials near the Chapel of Castelletto
In front of the chapel passes the Excursion Route known as B15, which runs from Pontegrande to Colle Egua.
ALWAYS OPEN AND ACCESSIBLE
Info: WIKIPEDIA