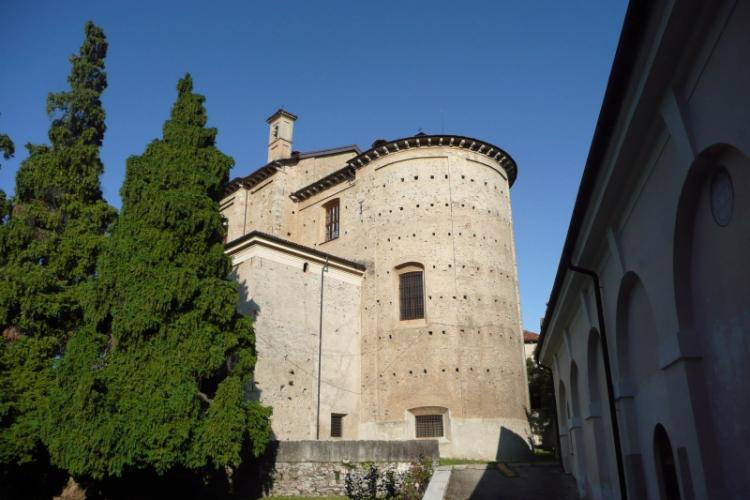 The church, whose facade is unfinished, is situated on a hill that dominates the country, on the ruins of the ancient building priest dating back to ninth century and already spent in San Giuliano Martyr. The important and wide seat pievana is already documented in a diploma of Berengario, 17 November 919 the bishop of Novara Dagiberto which, in the document, precisely, allows you to keep a weekly market and an annual fair on October 24, the day of traslatio San Giuliano. Originally the church was three naves with apse oriented now, after the reconstruction took place between the eighteenth and nineteenth century, is a single aisle with semicircular apse and side chapels turn cask. Of the ancient structures remain only a few fragments of capitals of IX and X century, walled in the new house: one in front of the entrance porch, the other at the edge of the sacristy. The majestic bell dating from the century is placed at the highest of the hill, they seem even higher, which is marked by six specchiature decorated with wide arches hanging in groups of three divided by pilasters at the centre.
Info: WIKIPEDIA